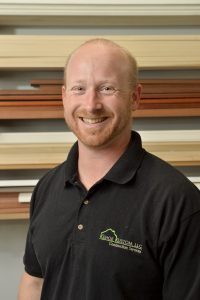 I can still recall my first time on a job site, way back when I was just a little boy and I was my dad’s “helper”.  The project was our deck, and I’m pretty sure I only remember because he sprained his ankle. When he fell with the pain, I knew he was hurt. He asked me to go get my mother; I went running and found her, and proceeded to tell her that “Daddy broke his knuckle.” The relay of information may have been off, but I still think I fulfilled my role as “Dad’s helper”.

Growing up, I spent some time with the Boy Scouts, and to this day still have a couple of the projects we built: a tool box, and a bird house. I also got to see my father work on projects around the house and at my grandfather’s lake home. My father was, and still is, a kitchen and bath designer, and I can remember visiting showrooms and liking what I saw, although I didn’t really know why.

I took on my first job when I was 10, not in the trades, but as a paperboy delivering The Times Herald Record. My route was a portion of the Village of Warwick. This was really more like running my first business. Yes, they provided the route, but I had to ensure delivery, track customers, collect payments and pay my vendor. I admit I had some help from the parents on some of those rough weather mornings. Honestly, I think my father may have felt like he had two jobs for some stretches throughout the years.

By the time I was a Junior at Warwick Valley High School, the position had grown old and was not providing the type of money I wanted. Over spring break that year I saw an ad in The Warwick Advertiser for a laborer position. This week of work was also a test run for the near-approaching summer. I called the number in the ad, I spoke to the gentleman (Carl) and scheduled an interview. We met, and he gave me an opportunity. 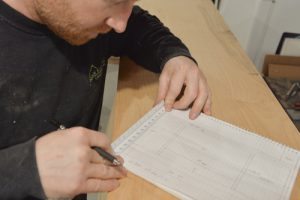 Carl was building his house, and he had his professionals working but he still needed some extra help, such as tasks he wanted done around the house, the property or helping one of his
subcontractors. He directed, and I performed. The week went well and he asked if I was interested in working through the summer.  I was and I did. It was hard work and I loved it. Carl was a good man and tested my skill and willingness to work and take on challenges. It was a good summer and we had developed a good relationship.  The following spring break and summer I continued to work for him.

I then worked for a couple of  local contractors for a couple years before getting a steady job with a local builder. I had a wonderful foreman and teacher therein, as well as exposure to some great tradesmen. We worked on everything: new homes, additions, sunrooms, siding, decks, basements, etc. I worked my way up the ladder from laborer to lead carpenter with my own crew.  I worked overtime and weekends; whatever it took. Unfortunately, towards the end, work partners and quality declined. The once strong relationship I had with the owner was failing. I was unhappy, clients were unhappy, subcontractors were unhappy – it was a bad environment and the quality was steadily downsliding. We were constantly fixing work that cheaply hired subcontractors had done, feeling we were wasting our time.

Come May of 2007, my mother was setting out to have my grandfather’s lake home re-built. She was converting the summer cabin into a year-round home, preparing for her retirement. Initially, I just wanted to take a summer furlough to help out. This created even more tension, and led to my leaving and starting my own company: Beyond Improvements Home Investments. I took over the construction of that house for my mother in VT.

This was the time of the recession (depression), and it would be a test, but the house was built, including custom cabinets built by me for a layout designed by my father. I continued picking up jobs, pushing to build a thriving company, in 2012, re-branding to become Kehoe Kustom, LLC.

The prior brand name was more how I felt, and still do: projects in your home are a investment.  Here, we treat them as such, and we want you to get the maximum return on investment. We want you to love the space and have it be usable and enjoyable for generations. 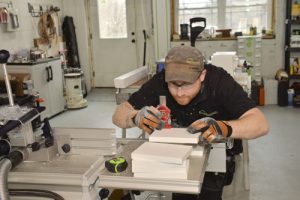 I put my name on the business, as it is backed by our reputation for integrity in the build. It was also apparent it would be easier for my community to associate with the company. I used “Kustom” as every project is really just that. We may have access to many products that are installed “cookie cutter”, with many building basic, disposable, homes, but what we should have are carefully thought out, designed, built to endure homes, with character. They should help tell our story, share our sense of style and make us happy. Happy with our investment, and what we have built for our lives to share with our family, friends and community.

You should have a sense of pride and security, that if you wanted you could leave your home to your children and they will inherit this wonderfully crafted space replete with stories.  Even if they move on, it will be a structure that demands respect because it shows character, having been crafted with pride, letting someone else appreciate the beauty and create more wonderful stories, without worry about what may fall apart next, or if the house is safe.

Join us, build something beautiful and share it with the world!

What will your story be?